That aside, we have been here almost 2 weeks. Just a few days ago I found out that making the "OK" sign is quite a vulgar thing to do here in Brazil.

Would have been nice to know this, ummmm, before I got here seeing how I use the "ok" sign ALL.THE.TIME. Especially when I can't communicate so well with my words.

Maybe I could have avoided all of the little snickers I was getting-I assumed it was because my Portuguese is not quite up to speed.

Maybe I would have avoided being chased for 50 feet by a group of heckling Pan American Games-tourist-welcomers because I told them it was "ok", I didn't need one of the pamphlets they were handing out.

Just in case you were curious, the hand gesture of choice in Brazil is the thumbs up sign.

I really feel like a geek giving a thumbs up.

It reminds me of these guys:

Oh well. What can you do?

Have you seen the show, "Man vs. Wild"? We had never heard of it til we went to the States this summer and Guapo and the kids were instant fans. This guy, named Bear of all things, is dropped into remote parts of the world with nothing but a few survival tools that can use while he searches for civilization. 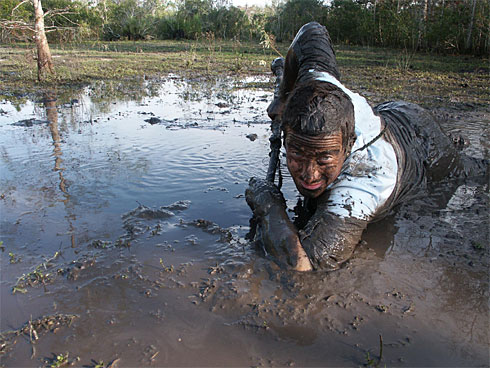 We watched episode after episode of Bear eating nasty creatures like still-wiggling snakes, grubs, spiders and raw fish. For me the grossest thing ever was when Bear peed into his canteen and guzzled it down like it was Country Time lemonade.

"THIS WEEK ON MOM VS. WILD: MAMA BEAR IS DROPPED OFF IN DOWNTOWN BIG CITY BRAZIL. SHE IS LEFT IN A SMALL APARTMENT (NO AMENITIES) WITH HER 4 CHILDREN. SHE HAS NO FRIENDS. HER KIDS HAVE NO FRIENDS AND THEY ARE BORED TO TEARS WITH THE FEW TOYS THEY BROUGHT. TO FILL THEIR DAYS THEY HAVE TAKEN TO TEASING, SCREECHING, AND BRAWLING. MAMA BEAR DOES NOT SPEAK PORTUGUESE. SHE DOES NOT KNOW WHAT TO FIX FOR DINNER BECAUSE THERE IS NO COSTCO. HER HUSBAND IS TOO BUSY WITH HIS NEW JOB TO BE OF ANY HELP.

HER OBJECTIVE: TO SURVIVE (MAINTAIN HER SANITY AND NOT HURT ANY OF HER CHILDREN) UNTIL THE KIDS START SCHOOL"

Luckily I, like Bear, have a few tools to help me survive.

Guapo's sister, who served a mission in Sau Paulo, came down to help me the first two weeks. How nice is that? And helpful? You can't imagine how helpful-she plays with my kids, lets me go do stuff I have to do, teaches me Portuguese.

We took the kids to the beach this week-here she is with Pedro. Her face doesn't normally look like this, but she was helping me spot men in speedos to take a few pictures for the ole blog. 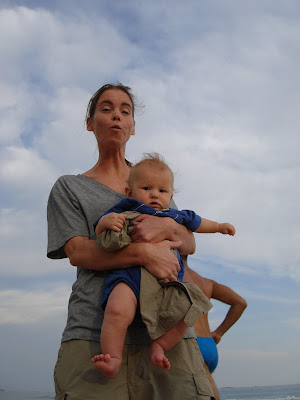 She was telling me that I was missing this guy running by us: 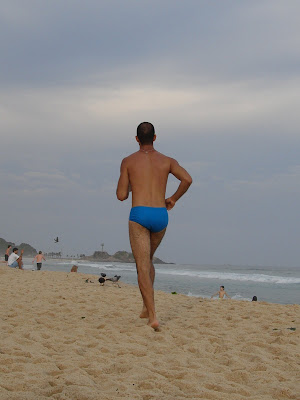 On that tangent, here are some other men we saw: 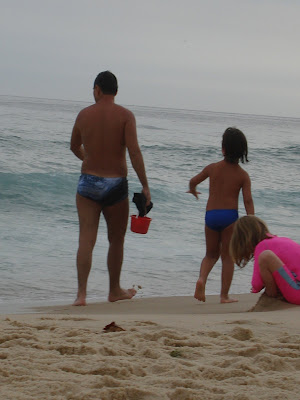 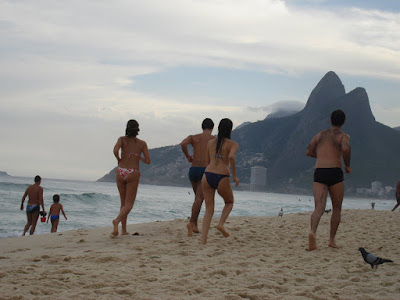 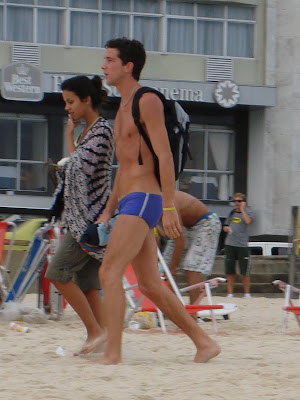 Long-lasting entertainment for the kids. They just don't do the coutry-club type apartments here like they do in Mexico City. Thank goodness we have the beach. And a beautiful one it is. 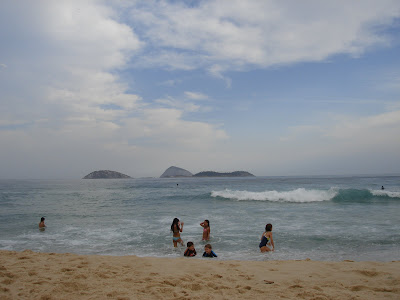 Tool #3: Wireless Internet and My Laptop

No explanation or picture necessary

Ok, I'm not a fan of video or computer games, but my kids have no toys (our stuff doesn't arrive until the end of August at the earliest). So, I let them play Club Penguin and they leave me alone for a while. 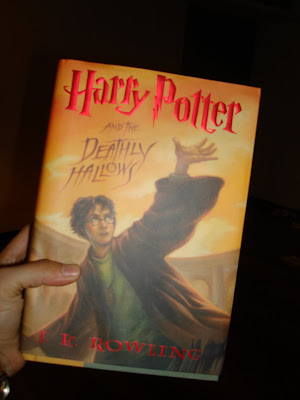 We left the states on the 16th and I was so sad I was going to miss the unveiling of "Deathly Hallows". Guapo's boss came in to town on Sunday and he brought me a copy!!!

Bear always makes it, so I'm sure I will too.

When we found out we were moving to Brazil all I heard about were the scantily clad women and their thong bathing suits.

I didn't here too much about the men.

One word-SPEEDO. (or as Guapo likes to call them, "marble-bags")

Here in Brazil, men of all ages and all body types (I'm not talking about Fabio here) are donning their speedos. And not just for swimming-o no. Here speedos are appropriate attire for:

I will try to get some photos so you can get the full effect.

Hello again blogger friends-if anyone is still reading. I'm back after my unexplained month+ blogging break. The move, the kids, the traveling, it was just a bit too much. I had to put first things first and make sure my kids were fed a couple times a day and bathed at least once a week instead of blogging.

Not that there wasn't a lot to blog about.

There was the MAJOR ordeal of getting Kitty and Ron to Brazil. 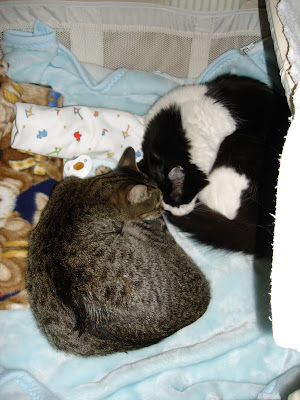 Thanks to Guapo, who claims to not even like cats, various custom agents in both Mexico and Brazil, and who knows how much money used to "grease" the operation, Kitty and Ron are arrived safely in Brazil last month. They are staying with a friend of a friend a few hours from where we live and we have not yet been reunited. 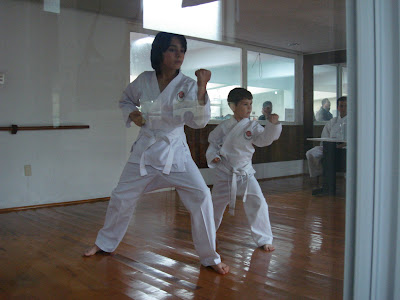 Tubing in Utah (me hanging on for dear life to prove that I am still fun and young): 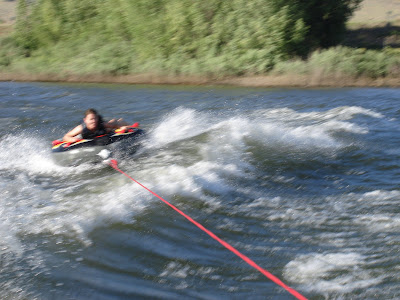 Our reunion with Moses the Moose at our house in Colorado: 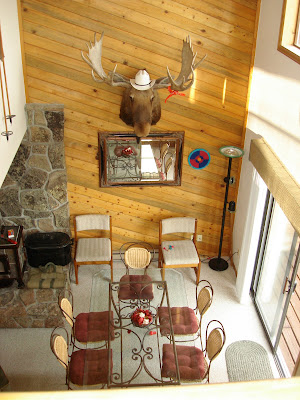 Zip-lining with the kids (more of me being young and fun): 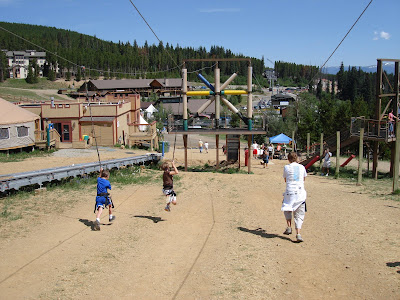 Visiting a real Colorado gold mine: 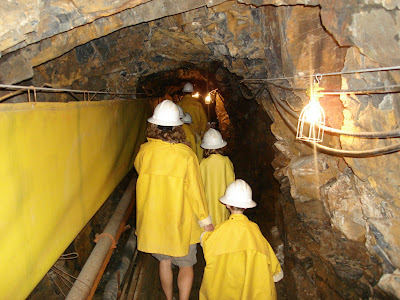 Buying surprisingly few pairs of shoes on our 3 week vacaction. 2 to be exact. I think that's an all time low. (I couldn't break free of Guapo's watchful eye)

And of course, THE MOVE. 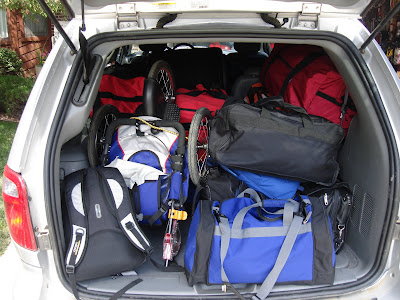 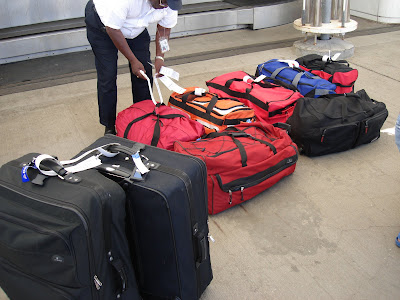 And now we are in Brazil. We got here yesterday. And there is no Costco. And this is making Margarita and me cry.

Come to find out, we weren't really roughing it in Mexico City.

And with that I vow to be a better blogger.