It's that time of year again

The two month span of time when 5/6ths of us get a year older.

Here's Pedro at preschool on his birthday wearing the birthday crown. 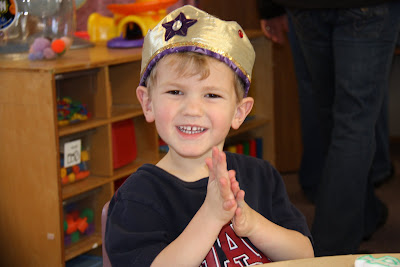 His day started off on the wrong foot-Julio had decided that since Pedro likes his mini-basketball hoop that's on his door in his room, he would upgrade his own using an Amazon gift card he got for his birthday in October, and then wrap up his old one for Pedro's birthday. He was so excited to see the look on Pedro's face when he realized he was going to have his very own hoop. I can't remember exactly what Pedro said when he opened the "used" present, but it was something along the lines of, "Why the heck are you giving me your old junk on my birthday!?!"

When it was bedtime that night and Margarita was NOT going to bed, he complained bitterly, "but, I'm four now!"

He has also started pointing out when I have bad breath.

The kid continues to be a charmer.

We had his birthday party a few days later at the place where he does his tumbling class. After 3 years in Brazil where parties cost a small fortune, it was nice to have a relatively inexpensive party for Pedro and 11 of his closest friends. 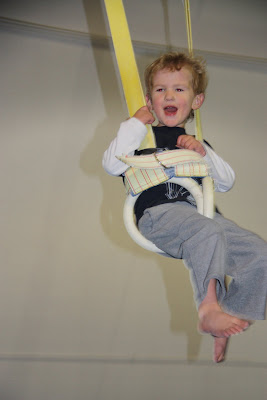 Margarita's party was even easier for me; two of her sweet friends planned a surprise party for her at their house-so I didn't have to do anything. Around 15 girls were invited and NO ONE spilled the beans-amazing.

This sight at her party cracked me up: 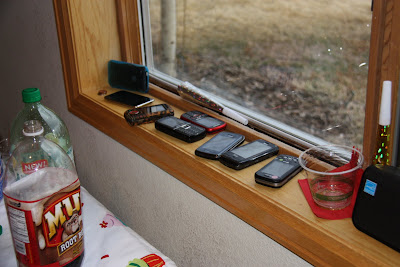 Margarita hitting the pinata-little did her friends know about the years of pinata training she'd had in Mexico. The dinosaur didn't stand a chance. 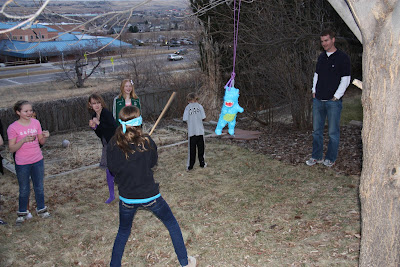 We were so relieved to find Margarita her normal, sweet self despite the fact that she's a "teen" now. She's always gracious, rarely back-talks, and never tells me I have bad breath.

Where does the time go?

wow, they are all growing so quickly...
PEdro looks adorable in that hat...and I think he could tell someone they smell, are rude and ugly, and he still would charm them to wanting to give him a big hug and kiss!